Microsoft is retiring Skype for Business Online. Now what? 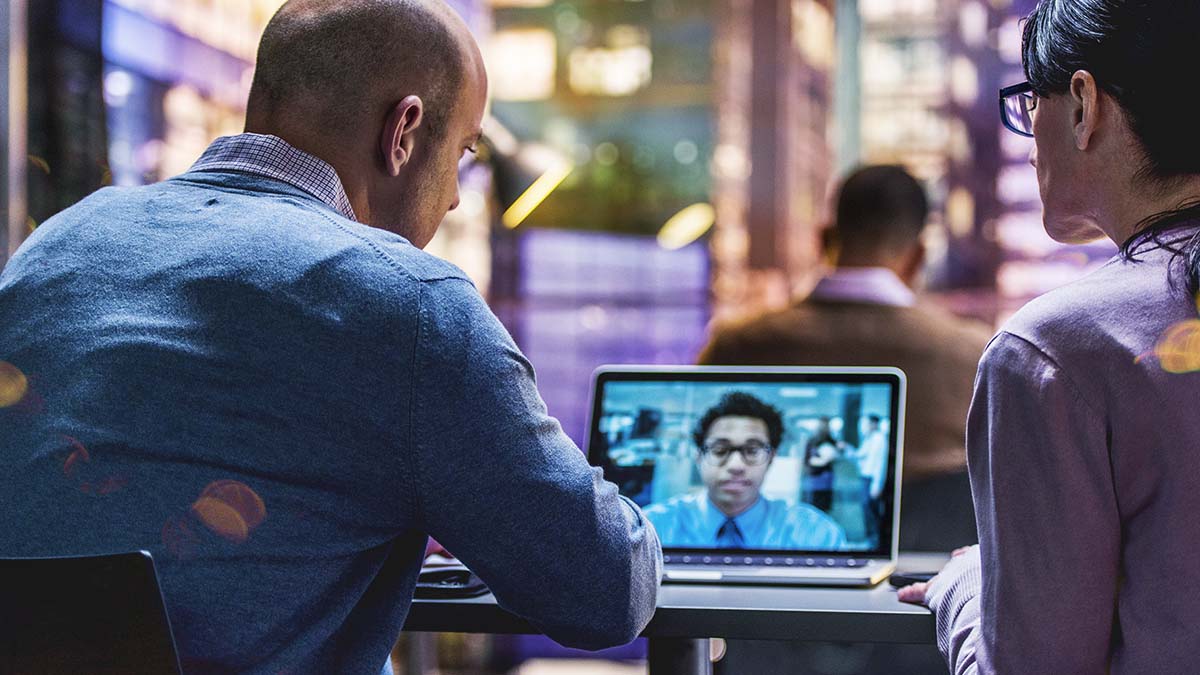 Skype for Business Online will be discontinued soon. Microsoft will direct you to Teams, but other solutions are out there. Here are some options.

As conferencing and collaboration tools go, Skype for Business has been good enough for many enterprise organizations, offering instant messaging, voice and video conferencing, as well as recording capabilities through a user-friendly interface. Also, file sharing and communications are encrypted for business-class security.

On the flip side, business users occasionally grumble that Skype for Business communications aren’t as reliable as they would like, with calls sometimes dropping mid-conversation or not connecting at all.

Love it or not, enterprise organizations and employees won’t have this prolific tool to consider much longer because Microsoft has announced Skype for Business Online will be retired on July 31, 2021, meaning the service will come to a complete halt after that point. Skype Consumer service and Skype for Business Server will not be affected.

Between now and the retirement date, Microsoft says current Skype for Business Online customers will experience no change in service and can continue using the tool. But next September, all new Office 365 customers will be onboarded to the newer platform, Microsoft Teams. Naturally, the software giant will subtly urge existing Skype for Business customers to make that transition as well.

Of course, risk-averse IT departments may have some reservations. Most have experienced software launches that aren’t really ready for release and therefore disrupt or break things. Microsoft says that should not be the case with Teams, though, and presented the tool as the next chapter in its vision for business communications.

“Over the last two years, we’ve worked closely with customers to refine Teams, and now we feel we’re at the point that we can confidently recommend it as an upgrade to all Skype for Business Online customers,” according to a blog by James Skay, a Microsoft Teams product marketing manager. “Customers who have already made the move tell us that Teams not only has helped them improve collaboration generally, it has also provided a rare opportunity to rethink the way work gets done in their organizations.”

That tagline about a new way to get work done should sound familiar. Slack, which arguably pioneered the concept of a cloud-based workplace environment built around social media-like channels, uses a similar phrase, “Where work happens,” to describe the approach

Both companies are actively seeking to move enterprise organizations away from legacy email and one-dimensional file-sharing repositories to scalable microservices architectures that can grow and seamlessly add new or premium features over time. The idea is that once a company invests in these environments, its workers will spend nearly all their communication and collaboration time within them. Google offers a similar workspace solution with Hangouts Chat, as does Facebook with Workplace. More conferencing-specific applications—such as Zoom, BlueJeans, and GoToMeeting by LogMeIn—are also available as options for enterprise organizations and could pick up enterprise customers as a result of Skype for Business Online’s retirement.

In the battle for this growing market, it is often difficult to tell which company will rise to the top. But if recent history is any example, it seems to be a Microsoft-Slack race right now.

Slack had a head start with customers and recently claimed more than 12 million daily users, most of whom the company says also happen to be Office 365 users. Its platform is arguably also much more feature rich—for now. But since launching Teams in March 2017, Microsoft has applied strong engineering capabilities and tapped its massive Office 365 installed base to quickly close the gap—and even eclipse its rival in some ways. In November, Microsoft claimed 20 million daily active users for Teams, a 50 percent jump from four months earlier. It also reports that it has launched 65 new features and has 44 more currently on its roadmap.

For its part, Slack continues banging the drum that Microsoft Teams is a knockoff of its product, and that those saying the two are the same or similar haven’t looked closely enough to recognize the differences.

“Fundamentally, Slack and Teams are different tools used for different purposes, no matter how much Microsoft wants to confuse the marketplace,” says Brian Elliott, vice president and general manager of platform at Slack. “Slack got to where it is today because it’s a great product—people use it, they tell other people about it, they take it to new companies. We need to make sure people understand how Slack is different, which includes helping people understand that we provide scale that Teams does not; that Slack uniquely brings together data, work, and communications; and that only Slack offers shared channels.”

Elliott adds that Slack’s emphasis has been on interoperating with other solutions “because we want to be the 2 percent of a company’s software budget that [serves as] a multiplier for the other 98 percent. Microsoft, on the other hand, wants to be 100 percent of software budgets. We have a fundamentally different approach.”

Whether Slack’s assertions will pick up many Skype for Business subscribers as they are nudged toward Teams is anyone’s guess.

While Skype for Business “certainly has its detractors,” he notes many customers like its familiarity and integration with features in the Microsoft Office Suite, intuitive user experience, and security controls. Similarly, its integration with Microsoft Exchange, Active Directory, SharePoint, Office, and other applications is being carried over to Teams, which will be a huge selling point for customers contemplating alternate platforms, Costello says.

Jim Gaynor, research vice president with Directions on Microsoft, says he doesn’t anticipate many Skype for Business customers defecting to Slack or other platforms because of the time and cost involved.

Gaynor says Skype for Business Online customers who think they will shift to Teams should be planning for that now “because Teams isn’t just a drop-in replacement.”

“Teams has much broader functionality vs. the IM, chat, voice, and video of Skype for Business Online,” he says. “Making effective use of Teams will require some planning with the various business groups. Putting effective controls and guidance in place will also require work with company stakeholders. If you’re on a calendar year budget, like most organizations, you should have as much planning in place before the annual budget process begins in September 2020 so you can ensure money and project time for moving your organization to Teams in the first half of 2021.”

Analysts note that enterprise organizations will have to do much of the migration legwork themselves. Microsoft has no plans to schedule upgrades for enterprise customers. It is applying more of a self-service model where it’s offering tools and guidance to help customers manage their own IT work.

Prescriptive guidance is at https://aka.ms/SkypetoTeams. Microsoft says it will help ease the transition for users new to Teams with specialized first-run experience and in-product coach marks. FastTrack, instructor-led training, customer support, and partners are also available to customers through the transition. In addition, Microsoft is hosting Upgrade Workshops and encouraging customers to get familiar with the upgrade framework and associated resources.

Gaynor says IT departments should not approach this migration expecting to accomplish everything all at once because there is going to be more to tackle than they might realize. And that will continue to be the case because the software giant is going to keep expanding Teams.

He notes that companies uncomfortable with handling the migration themselves have access to numerous Microsoft partners that would be more than happy to help out with integration, training, and adoption services.

“Customers adopting Teams need to look at it carefully, start small rather than overengineering, and consider the overall impact,” he says. “Microsoft’s goal is to make Teams, not Outlook, where users spend most of their time. And even if that is not what a customer wants, the pressure from Microsoft will be undeniable.”

What to do after Skype for Business is retired: Lessons for leaders

This article/content was written by the individual writer identified and does not necessarily reflect the view of Hewlett Packard Enterprise Company.

15 publications | David Rand is a freelance writer, based in Southern California. He is forever curious and strives to help readers understand what’s coming next—and how to prepare for it.